You are here: Home » News » News » What is the impact of rising oil and gas prices on automated instruments

Who will be the biggest beneficiary of rising prices 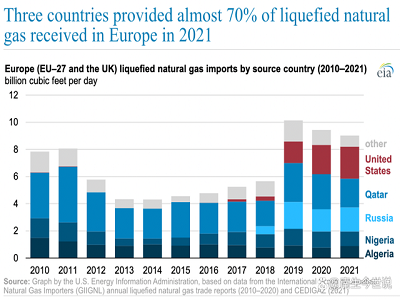 (above), surpassing Qatar and Russia to become the EU's largest channel for LNG imports. In contrast, in 2019 before the outbreak, the United States was still lower than the above two countries.

And oil! The U.S. also managed to overtake Russia and Saudi Arabia a few years ago to become the world's largest oil producer and a net oil exporter in 2019. Facing the current situation in Russia and Ukraine, the European Union, the United States and their other allies have adopted a number of blockades and restrictions.

For the EU, which is highly dependent on the import of natural gas and oil from Russia, the potential energy crisis cannot be underestimated. It is precisely because of this concern that the current major oil and natural gas futures market prices have skyrocketed. Among them, the price of Brent crude oil was close to 140 US dollars / barrel.

Goldman Sachs, Nomura and other institutions predict that the price of oil in the international market will soon exceed US$150/barrel, and some institutions even give an expectation of US$180 or US$200/barrel. This is undoubtedly a rare opportunity for American oil companies that are actively expanding their markets.

The impact on automated instruments

The rise and fall of oil prices will cause chain reactions to related industries, such as oil service, equipment, chemical and other 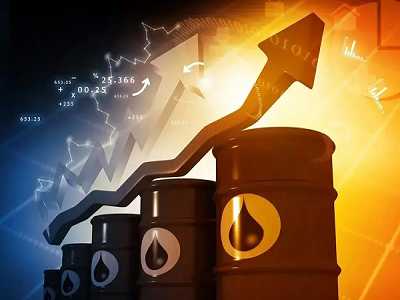 industries. China's oil-producing oilfield, Daqing Oilfield, is gradually reducing production, which has a direct impact on the petroleum and petrochemical industry, and instrumentation, as the foundation of the industry, will also suffer a corresponding impact, affecting the economic growth rate of instrumentation. With the reduction in the workload of oil service, some private enterprises will be affected by the economy and have gone bankrupt. At the same time as the number of enterprises decreases, the demand for instruments and meters also decreases, which makes the life of the instrument and meter industry difficult.

Under the circumstances of falling oil prices and lower production, many oilfield companies have carried out reforms. While reducing production, Daqing Oilfield is also increasing the exploitation of natural gas, in an attempt to make up for the space in the oilfield by natural gas. Whether it is oil or natural gas extraction, exploration and exploitation instruments are required, which makes the development of instrumentation change again. With the development of technology, automated instruments play an important role in the construction of refining and chemical integration and large-scale installations. In the Tianjin explosion accident some time ago, the safety awareness of enterprises has been improved, and then the safety system of instrumentation in petrochemical mining has been paid attention to. At the same time, higher requirements have been put forward in the technology of gas sensors and online detection instruments.

A series of mining equipment, such as liquid level gauges, flow meters, analyzers, measuring instruments, etc., are used in the exploitation of oil and natural gas. In order to cope with the drop in oil prices, oilfield companies have carried out reforms. During the reform, the requirements for instruments and meters have also been relatively improved, especially the requirements of environmental protection mining, and the equipment and facilities must meet the conditions of clean mining. In order to achieve long-term development, instrumentation enterprises need to improve the technology of instrumentation and accelerate the transformation and upgrading of the industry.