You are here: Home » News » News » Types and applications of liquid level gauges 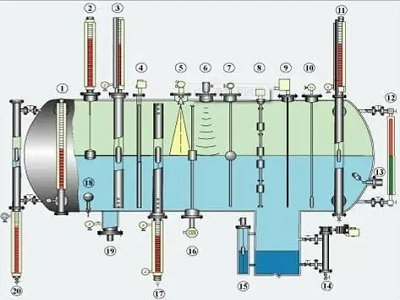 Contact measurement started from a steel belt float level gauge, and has evolved to various modern instruments such as servo type, magnetostrictive type and other thermoelectric technologies by accurately measuring the distance of the float in various ways. Liquid level gauges are now facing a replacement.

The float floats on the surface of the medium by buoyancy, and reads the liquid level value on the steel belt with a scale through the speed change gear. After the liquid level rises or falls and breaks the force balance, the float also rises and falls, driving the steel belt to run. The theoretical accuracy is about 2-3mm, which is a free exchange platform for thermoelectric industry technologies such as power plant boilers, steam turbines, electrical, thermal control, water treatment, etc. The installation is complicated and the reliability is low. Due to many mechanical parts, it is easy to cause the steel belt to get stuck. Case.

The electronic component at the top of the probe generates a low-voltage current pulse, starts timing, and generates a magnetic field that propagates down the magnetostrictive line. The float moves up and down along the measuring rod as the liquid level changes. There is a magnet in the float, which also generates a magnetic field. When the two magnetic fields meet, The magnetostrictive wire is twisted to form a torsional stress wave pulse. The pulse speed is known, and the calculation of the pulse propagation time corresponds to the precise change of the liquid level.

The highest accuracy can reach 1mm, the magnetostrictive liquid level accuracy is high, and the oil-water interface can be measured. However, due to its contact measurement method and high installation and maintenance requirements, the market is not widely used.

Because it is greatly affected by the density and temperature of the medium, the accuracy is often relatively poor, and in order to eliminate these effects, many other test instruments are needed, and the result is a very high price to build a complete set of static pressure measurement systems.

Servo-type liquid level gauge is a relatively successful new type of liquid level gauge, which is mainly used in the high-precision measurement of light oil products. It forms a relatively strong competition with radar level gauges. The basic principle is the same as that of the steel belt level gauge, but it has an accurate force sensor and servo system to form a closed-loop adjustment system. By considering the gravity of the steel belt, the float height can be accurately adjusted to balance the buoyancy and gravity, and the accurate current liquid level can be obtained. to the height of the tank top to get the level value. Thermoelectric Technology Alliance has high precision, can reach 1mm, and meets the requirements of metering and is used in calm, light, non-corrosive liquids.