You are here: Home » News » News » The lists and comparisons of PLC manufacturers mostly used in industry

The lists and comparisons of PLC manufacturers mostly used in industry 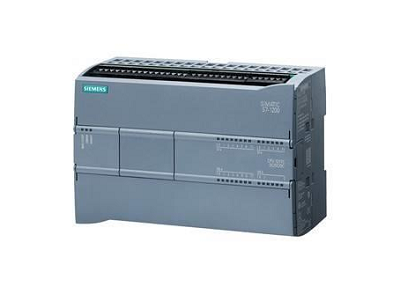 of life, automatic detection, monitoring and control in various occasions.

S7-300 is a modular small PLC system that can be used to directly control equipment and can monitor multiple next-level programmable controllers. It is also suitable for the control of medium or large control systems and can meet medium performance requirements. application.

The s7-300 is aimed at small and medium systems. Its module can be expanded up to 32 modules. The backplane bus is also integrated in the module. Its network connection is relatively mature and popular. There are mpi and industrial Ethernet for communication and programming. Becomes simple, more selective, and can be configured and set parameters with the help of tools.

s7-400: The difference from 300 is mainly in the hot start (wrst) part, and the others are basically the same. It also has an external battery power interface, which can provide backup power to the ram when the battery is replaced online.

S7-1200 is a compact PLC and an upgraded version of S7-200. It has the characteristics of modularization, compact structure, and comprehensive functions. It is suitable for a variety of applications and can guarantee the long-term safety of existing investments.

S7-1500 is a new generation of large and medium-sized PLC, which has greatly improved the indicators of S7-300/400. It is specially designed for medium and high-end equipment and factory automation, with sufficient resources and ultra-high-speed computing processing available for users. Speed, has excellent system performance, and integrates a series of functions, including motion control, industrial information security, and fail-safe functions that can realize convenient and safe applications. 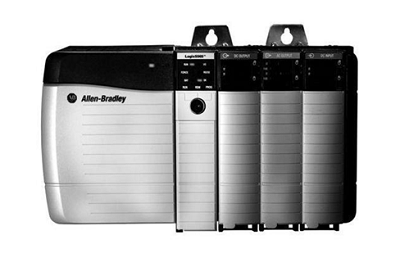 unlimited I/O, support EtherNet/IP, ControlNet, DeviceNet and other network communications, support sequence control, motion control, Transmission control and process control are very powerful and have a wide range of applications. If it is a large-scale project, this series is recommended.

CompactLogix series: This is AB's medium-sized PLC system, modular without rack structure, does not support hot swap, supports EtherNet/IP, ControlNet, DeviceNet and other network communications, supports sequence control, motion control, transmission control and process control, It is rumored that AB replaces the SLC500 series with this series, but customer acceptance is not high. On the one hand, there is ControlLogix for large-scale systems, while small and medium-sized systems have SLC500, which has long-term application practices and a slightly lower price, so its promotion is difficult.

FlexLogix series: Distributed system, supports hot swap, used for distributed applications on the equipment site. You can choose the processor to be used as an independent distributed controller, or you can choose to use the communication adapter with I/O as a distributed I/O station. Using Flex I/O distributed stations can reduce project costs.

MicroLogix: Micro-control system, which is divided into four series: MicroLogix1000, 1100, 1200, 1500, of which 1100 is just launched and integrates an Ethernet communication port.

Twido: A small PLC that can complete general automation tasks. It is slightly weaker than Siemens S7-200. The programming 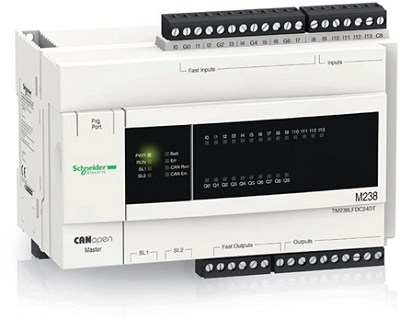 M218: Small PLC, which can complete general automation tasks. Its performance is slightly weaker than Siemens S7-200. The programming platform is SoMachine.

M238: A small dedicated PLC for OEM automation, which can complete more complex OEM automation tasks. It has similar performance to Siemens S7-200. The programming platform is SoMachine.

M258: Medium-sized PLC, similar in performance to Siemens S7-300, but different in structure, closer to the products of Pepperl+Kelly, Beckhoff, and Wanke. The programming platform is SoMachine.

M340: Medium-sized PLC, similar in performance to Siemens S7-300, and the programming platform is Unity.

Premium: Medium-sized PLC, similar in performance to Siemens S7-300, the new programming platform is Unity, which used to be PL7 Pro.

Quantumn: A large PLC with similar performance to Siemens S7-400. The new programming platform is Unity, which was originally Concept.

FX1S: Mitsubishi PLC is an integrated small unit type PLC. And it has complete performance and communication functions and 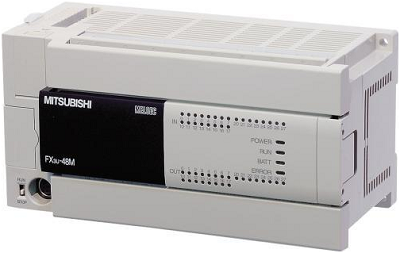 other scalability. If you consider installation space and cost, it is an ideal choice.

FX1N: It is a powerful and popular PLC launched by Mitsubishi Electric. It has expandability such as extended input and output, analog quantity control and communication, and link functions. It is a Mitsubishi PLC that is widely used in general sequence control.

FX2N: At the time, Mitsubishi PLC was the most advanced series in the FX family. It has the characteristics of high-speed processing and a large number of special function modules that can be expanded to meet individual needs, providing maximum flexibility and control capabilities for factory automation applications.

FX3U: It is a new third-generation Mitsubishi PLC recently launched by Mitsubishi Electric Corporation, which may be called a small-scale supreme product. The basic performance is greatly improved. The basic unit of the transistor output type has a built-in 3-axis independent positioning function of up to 100kHz, and a new positioning command has been added, which makes the positioning control function more powerful and more convenient to use. FX3U series products are FX2N replacement products.

FX3G: It is a new third-generation Mitsubishi PLC recently launched by Mitsubishi Electric Corporation. The basic unit comes with two high-speed communication interfaces (RS422&USB, built-in up to 32K large-capacity memory, the basic command processing speed can reach 0.21μs in the standard mode, and the control scale: 14~256 points (including CC-LINK network I/O), easy to set positioning function (up to three axes).

Q series: Large-scale PLC, Q series products require high performance and low cost. Mitsubishi Electric Automation has launched the economical QUTESET Mitsubishi PLC, which is a 5-slot Q00JCOUSET with a 64-point high-density mixing unit. Another 8-slot Q00JCPU-S8SET with 2 16-point switch inputs and 2 16-point switch outputs, its performance indicators are fully compatible with Q00J, and it also fully supports GX-Developer and other software, so it has an excellent cost performance .

FX5U series: Although small and precise, compared with the previous product FX3U, the system bus speed has been greatly improved by 150 times. It can expand up to 16 intelligent expansion modules, built-in 2 input and 1 output analog functions, built-in Ethernet interface and 4-axis 200kHz High-speed positioning function.