The English name of flowmeter is flowmeter, which is defined by the national science and technology terminology Approval Committee as an instrument indicating the measured flow and / or the total amount of fluid within the selected time interval. Simply put, it is an instrument used to measure the fluid flow in pipelines or open channels.

Measurement is the eye of industrial production. Flow measurement is one of the components of measurement science and technology. It is closely related to national economy, national defense construction and scientific research. Doing this work well plays an important role in ensuring product quality, improving production efficiency and promoting the development of science and technology. Especially in today's era of energy crisis and increasing automation of industrial production, the position and role of flowmeter in the national economy are more obvious.

The commonly used unit in engineering is m3 / h, which can be divided into instantaneous flow rate and total flow. Instantaneous 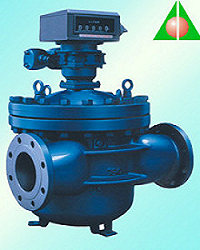 In 1886, American Herschel made a practical measuring device for measuring water flow by using venturi tube.

After the 1960s, measuring instruments began to develop in the direction of precision and miniaturization.

With the rapid development of integrated circuit technology, ultrasonic (wave) flowmeter with phase-locked loop technology has also been widely used. The wide application of microcomputer has further improved the ability of flow measurement. For example, laser Doppler flowmeter can process more complex signals after the application of microcomputer.