You are here: Home » News » News » Principle and application of ceramic pressure transmitter

The anti-corrosion pressure transmitter has no liquid transmission. The pressure acts directly on the front surface of the ceramic diaphragm, causing slight deformation of the diaphragm. The thick film resistor is printed on the back of the ceramic diaphragm and connected into a Wheatstone bridge (closed bridge). Due to the piezoresistive effect of the varistor, the bridge generates a highly linear voltage signal proportional to the pressure and proportional to the excitation voltage, The standard signal is calibrated to 2.0 / 3.0 / 3.3 MV / V according to different pressure ranges, which can be compatible with strain sensor. Through laser calibration, the sensor has high temperature stability and time stability. The sensor has its own temperature compensation of 0 ~ 70 ℃ and can be in direct contact with most media.

Ceramic is a recognized material with high elasticity, corrosion resistance, wear resistance, impact resistance and vibration resistance. The thermal stability of ceramics and its thick film resistance can make its working temperature range as high as - 40 ~ 135 ℃, and has high precision and stability. Electrical insulation degree > 2KV, strong output signal and good long-term stability. Ceramic sensors with high characteristics and low price will be the development direction of pressure transmitters. There is a trend to comprehensively replace other types of sensors in European and American countries. In China, more and more users use ceramic sensors to replace diffused silicon pressure transmitters. 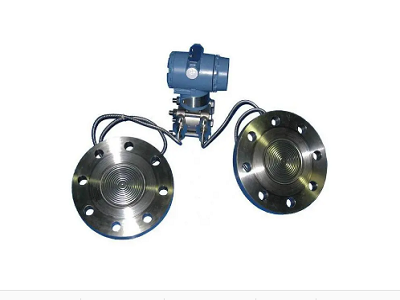 The pressure of the measured medium directly acts on the diaphragm of the sensor (stainless steel or ceramic), causing the diaphragm to produce a micro displacement proportional to the medium pressure, changing the resistance value of the sensor, detecting this change with an electronic circuit, and converting and outputting a standard measurement signal corresponding to this pressure.

Using the working principle of strain resistance and using silicon sapphire as semiconductor sensitive element, it has unparalleled metering characteristics.

Sapphire is composed of single crystal insulator elements, which will not lead to hysteresis, fatigue and creep; Sapphire is stronger and harder than silicon, and is not afraid of deformation; Sapphire has very good elasticity and insulation characteristics (within 1000 OC). Therefore, the semiconductor sensitive element made of silicon sapphire is not sensitive to temperature changes and has good working characteristics even under high temperature conditions; Sapphire has strong radiation resistance; In addition, the silicon sapphire semiconductor sensor has no p-n drift. Therefore, the manufacturing process is fundamentally simplified, the repeatability is improved, and the high yield is ensured.

The circuit of the sensor can ensure the power supply of the strain bridge circuit and convert the unbalanced signal of the strain bridge into a unified electrical signal output (0-5, 4-20mA or 0-5V). In the absolute pressure sensor and pressure transmitter, sapphire sheet is connected with ceramic base glass solder, which plays the role of elastic element and converts the measured pressure into strain gauge deformation, so as to achieve the purpose of pressure measurement.