Abstract: With the continuous development of automation technology, the application scope of automatic control systems and online instruments is becoming more and more extensive, and they have been effectively used in various fields in our country. PLC-based control systems are now mainstream. This paper introduces the main online instruments in the distributed control system with PLC as the basic control unit based on the example of the water plant automation system built on the basis of the new generation of water treatment process in Beijing in recent years (focusing on Shijingshan Water Plant as an example). The type, principle, selection and debugging situation. The system sets up a PLC field control station in the control room of each process structure. All monitoring signals in each PLC field control station are uploaded to the monitoring terminal in the central control room in real time through industrial Ethernet (1000MbpS industrial Ethernet). The control equipment and online instruments that make up this system are based on the fundamental premise of information security, and also need to select mainstream products that are easy to use, simple to install and maintain, and highly reliable according to the different objective factors such as the water quality and environment of the process section. The expansion space is reserved on the above to maintain the scalability of the system.

The automatic monitoring system of the water plant needs a large number of online instruments as the foundation to build, and it is very important to select and equip it reasonably. In order to better cope with the daily technical management and maintenance work, it is also necessary to master the basic principles of the instrument.

Pressure transmitter (usually also used as liquid level transmitter) is one of the commonly used process parameter sensors in water plants. Its physical principle is to convert the pressure signal of gas, liquid and other media through the conversion function characteristics of the transmitter and cooperate with the peripheral circuit to transform it into an electrical signal proportional to the original measured physical signal and transmit it to the automatic control system.

The usual types of pressure transmitters are: piezoelectric, piezoresistive, capacitive and so on. 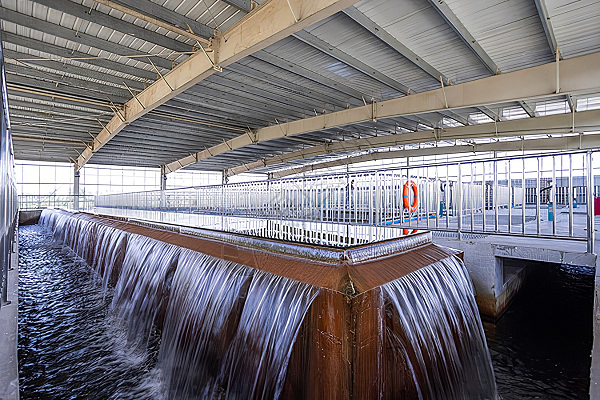 Piezoelectric pressure transmitter is a specific application of the piezoelectric effect. It uses the characteristic that certain crystals will generate charges on their surfaces when they are subjected to external pressure. The number of charges has a fixed proportional relationship with the external pressure.

However, since the charge generated when the pressure is constant or changing slowly is easy to leak through the external circuit, the piezoelectric transmitter cannot be used for static pressure measurement but is suitable for dynamic pressure measurement. Capacitive pressure (differential pressure) transmitters generally use a circular metal film or a metal-plated film as an electrode of the capacitor. When the film is deformed by pressure, the capacitance formed between the film and the fixed electrode changes. It can output an electrical signal that has a certain relationship with it.

The liquid level instrument is also a commonly used detection instrument in the automatic control system of the water plant. Its function is to control the opening of the inlet and outlet gate valves in real time according to the real-time situation of the liquid level in the pool and the needs of the process. Among them, the hydrostatic level gauge and the ultrasonic level gauge are the most widely used in modern water plants.